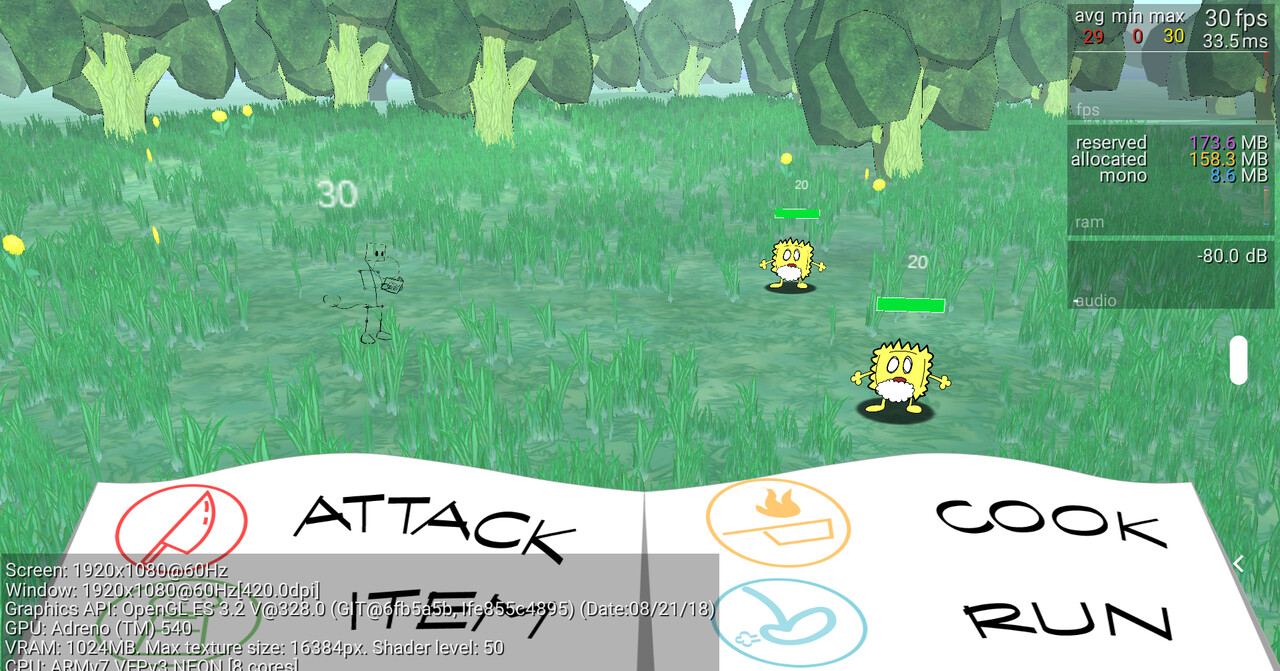 The 3D elements in this scene I created, implemented, and optimized for a mobile game I'm working on with a small team.  Since this mobile game marries both 3D and 2D, the style of texturing depends entirely on their finished looks.  I tested many shaders on my broccoli trees, and for now we've landed on one that gives a more cartoony feel. 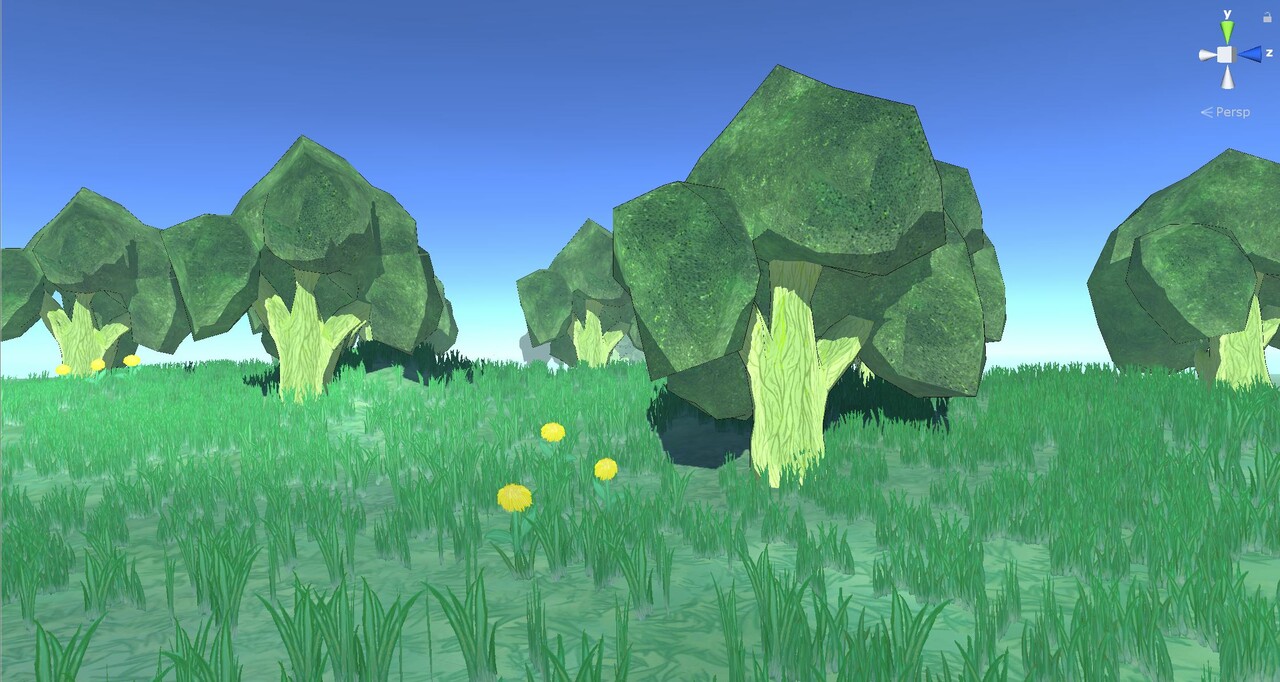 I drew the Broccoli bark texture in Substance Painter, and drew the ground texture and grass in Photoshop.  I also added a fog effect, and adjusted the default skybox a little just to give it a different feel.

The most challenging parts of this project this month were setting up debugging, and rooting out optimization issues.  Ultimately we found that post processing is not a mobile creator's friend.  Real-time shadows aren't either! I was able to find that a post processing effect was causing our app to come to a near crawl.  It was helpful to learn how to get the build onto a device I had. I would definitely recommend that anyone looking at optimization issues read Unity's manual on the subject.  No one person can give you "the reason why everything stopped working" but this will help in sorting it out. 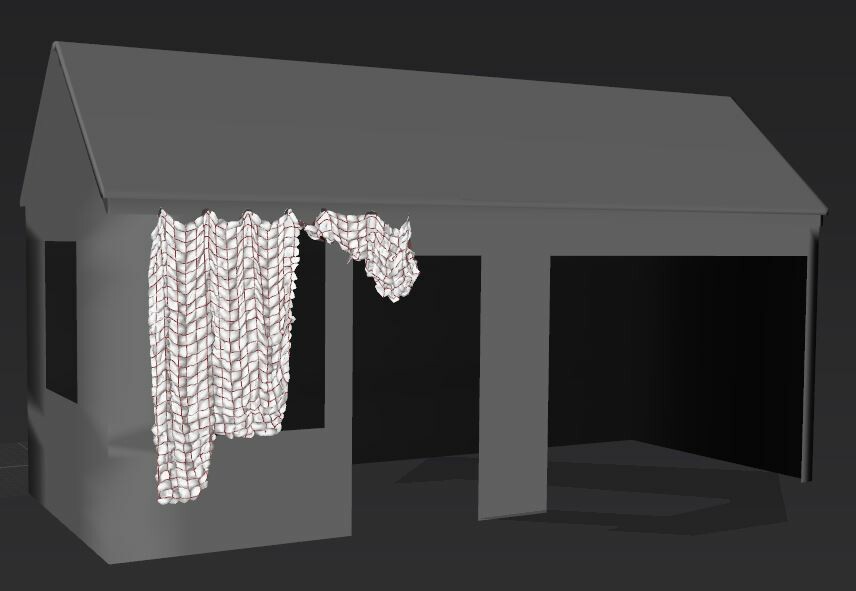 I adjusted my values specifically to get an "up and down" look on my grid, which is visible in reference photos.  The grid system I have comes from a process where you add "Offset As Internal Line" to your 2D pattern.  Doing this makes Marvelous change parameters based on those lines as if they were in the cloth.  Doing this definitely sped up my process from previous projects.  The tutorial linked is for MODO though, and currently I'm a Maya gal.  So  When I exported, I had a new learning experience on my hands. 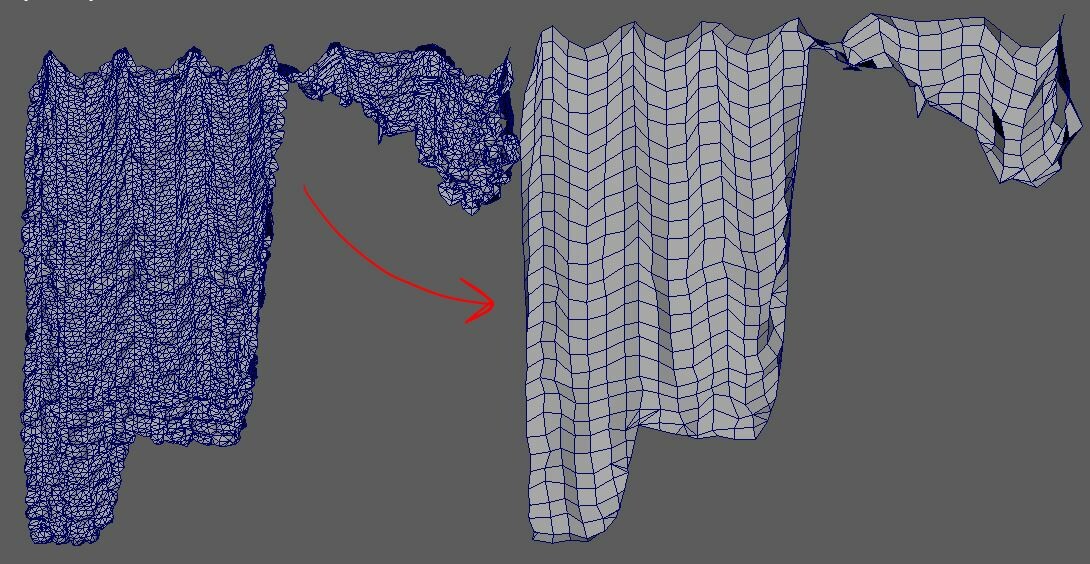 My version of Marvelous Designer doesn't have an export to quads option, but even if it did, I need to use the grid system I gave to Marvelous as Internal Lines.  To accomplish this, I went to the UVs.  If you follow the right procedure, you can maintain the 2D pattern in Marvelous Designer as your UVs and export them out both in the simulated format and the flat 2D pattern form.  I chose to modify my flat plane (with the same UVS as the simulated mesh) by hand since the internal lines had been maintained. With this modified copy, I was able to transfer its attributes to the simulated mesh.

Ultimately for optimization's sake, this is where the net should be taken to texture, with all of the rope detail being left to texture.

I just  had to see that detail in model form.  I found this tutorial which describes an interesting process in Maya that allows you to create a grid system fairly easy.  When applying this techniques to part of my new net mesh, I was happily left with - what I call Step 3 - Overdoing it. 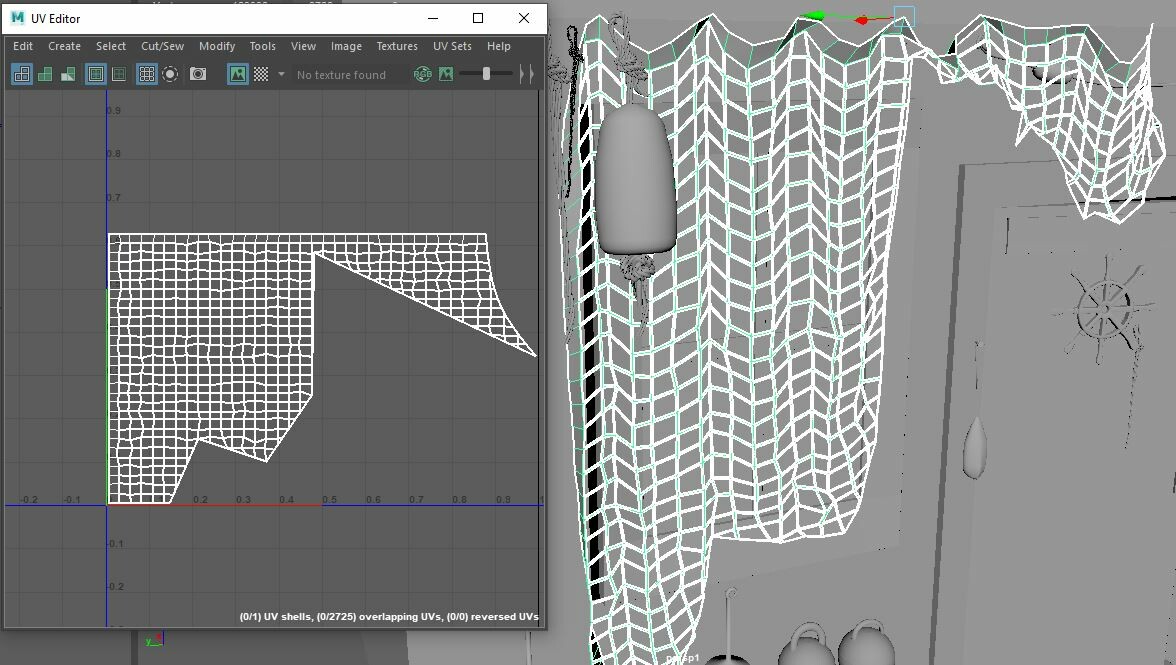 This is of course way too high poly for games.  But gosh darn it; it  makes me happy.  Aren't portfolios about overdoing it anyway ??

While I did also model pleanty of buoys and knick-knacks, the last major aspect I did research on was the ropes.  I originally looked into it for the ropes, but everything I found intially was much too detailed.  If you're into Zbrush then this tutorial might be an interesting place to start, but if you're more comfortable with Maya such as myself, this is what I checked out originally.  I opted to stray from that tutorial almost entirely however. 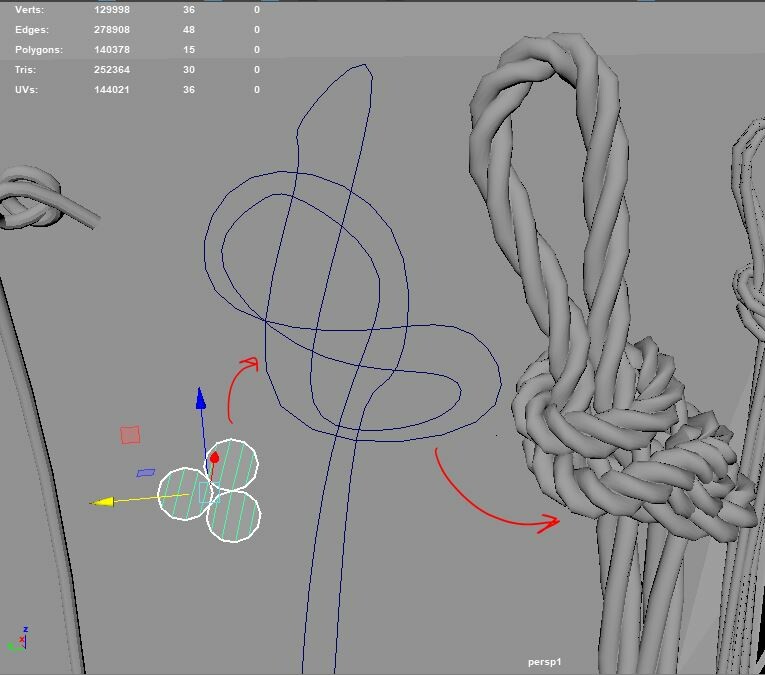 I chose instead to create a 3 sided shape which I extruded along a curve I made.  The curve started simple, and I modified it after extruding by moving vertex points (you better believe I used references!).  Luckily, the Extrude on a Curve function also has a twist parameter, which I also modified until I got a good look.

I will have to check performance, but I plan on only having a few ropes with the tri-circle mesh.  Since there is a lot of poliginal data in this approach, I also made some ropes that are just a low poly cylinder extruded on a curve.  The idea here being that the texture data will carry the rest of the weight on visual variety.

On a final note, I also made a personal Trello board.  I've found that deadlines are important to getting things done.  Changing when things are due to accommodate surprise tasks is fine, but going at an even pace is definitely easier this way.  You can stalk my progress here!

Resources of the month: